Top 5 Reasons Schools Avoid Social Media ...and why they're wrong 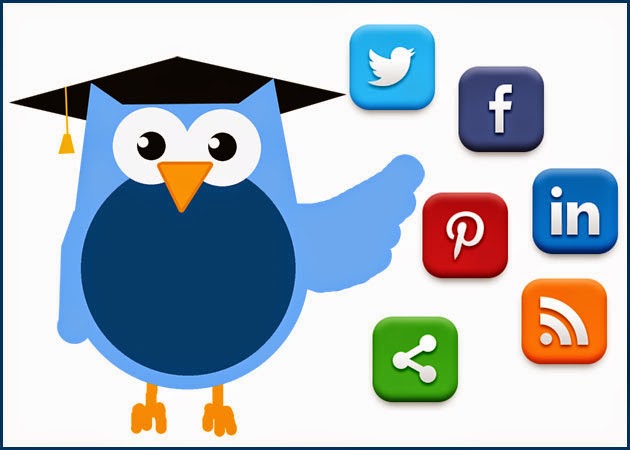 Schools and districts are often slow to adopt social media. For every district that jumps in fully and leads the way with integration and innovation, there are dozens who are happy sitting on the sidelines. The reasons might be different from admin-to-admin or district-to-district, but I have listed what I have found to be the 5 most common and why they are wrong.

Let me say that I think it is wise to be cautious when looking at new technology. The responsible thing to do as a district is to test the waters, get feedback from other districts and even possibly give enough time for the major issues to be figured out. Well, that time has passed. It’s time to get your district connected via social media.

So let’s talk about the major reasons your district isn’t on social media:

1: Change is scary.
The status quo is a powerful force in schools. We often times like to leave well enough alone. Your website is getting information out on the web, why do you need social media?

Well, like it or not your parents are already going there. Even if they don’t have a computer they are on Twitter or Facebook or Instagram, etc. And if they are there, at some point they are likely talking about school. So reach out! You have to take the information to them.

2: People will bash us.
Another idea is that parents and the community are just waiting to pounce on your school or district when you create a presence on social media. Guess what? People who want to bash you aren’t waiting for you to join social media. But if you create a social media presence, you are able to tell your story and have it go out directly to your community.

You will have the opportunity to address criticism, but you will find that there is not nearly as much negativity as you might expect. People are a lot more discerning about what they say when their name and picture are posted right next to their comment. That’s not to say they won’t make them, but you are likely severely over-estimating the tidal wave that will be unleashed.

3: We can't control it.
That is true; you’re not going to be able to control every aspect of social media as it relates to your school. But the trick is that you don’t have to control it. Social media is intended to be interactive. You don’t want to control both sides of the conversation…because then you are just talking to yourself.

You can however guide the conversation. And the conversation is likely going on whether you are participating or not. It’s up to you to join the discussion that is already taking place. Get involved and be a part of the ongoing conversation, not just about your district, but your community. Share events that are of interest to your parents or information about fundraisers for organizations that partner with you. Use social media to reach out to your community and strengthen your relationships with partners and parents.

Sometimes well-intentioned people or groups start their own problem by not thinking through what they are doing: (#MyNYPD). But if you take the time to use social media and understand how to use it effectively then you can avoid these kinds of pitfalls. Start slowly if you must, but start now!

Social media itself is not going to entice otherwise upstanding people to behave in ways that would get them in trouble. If a teacher or staff member is going to do something inappropriate, then social media is only one of a number of ways they could engage in misconduct. They could also use email, cellphones, texting, apps, etc. We need to let staff know of the expectations we have for them and then trust them to act accordingly. If a problem arises then we can deal with that individual, not ban the entire platform because of the potential for misuse.

5: We need a whole new policy.
No, you really don’t. Your school or district should already have a policy in place for general Internet usage and professional conduct. Any situation that could arise from the use of social media should already be covered under these policies. It is not practical to create policy based on specific platforms, as these will change and become outdated rather rapidly.

The best policies lay out the expectation of using the Internet and for professional conduct of staff. If contact between a student and a teacher on social media crosses the line of appropriate behavior, that should be considered a violation of the expectation regardless of where the contact occurs. You don’t have to change your policy beyond possibly mentioning that it extends to cover social media. That’s it, really.

BONUS: It’s overwhelming.
Between Twitter, Facebook, Pinterest, Google+, Instagram, Vine, LinkedIn, etc. it can be hard to know where to even begin. As, they say about eating an elephant, one bite at a time. But you have to start somewhere. A good first step would be to determine which platform is going to be the best fit for you to use and go for it!

Maybe you want to start with just event updates and general announcements, then sounds like Twitter is for you. Want to post long stories or lots of pictures from different programs or guests, then you might start with Facebook. Want to post single pictures and short videos, then get on Instagram! Whatever you want to do, there is a social media platform to help you.

So get out there, find your platform and join the conversation! Social media can help you tell your story to a whole new audience!

Did I mention the reason you are dealing with? Do you agree? No? Let me know!